Mike Kuplicki is the Director of Sales for Alure Basements and Sunrooms and has been in the Remodeling field since 1975. Read more of Mike’s remodeling stories here.

Recently, an old client of mine happened to walk into the Alure showroom. We stared at each other and both cried each other’s first name. I couldn’t believe it had been 25 years since we had last seen each other! When I was remodeling the client’s kitchen and windows, she told us that we were her favorite crew to work with and had fondly talked about us over the years. I remembered her fondly as well and one of my favorite stories is about her remodel… The kitchen counter top was a mica top that my partner and I made. A couple of days later after the installation, I got a call from Cathy telling us that there was a serious defect in the top near the dish drain area of the sink. You can imagine how concerned
I was that I could possibly have missed seeing a defect so we got in the truck and flew down there. Cathy was pretty cool to us and she pointed out the “dimples” in the mica top close to the sink. We saw them and could not believe that either of us could have missed that! Cathy had her son (at 1-1/2 year old) on her hip and while we were discussing the top and how we were going to have to take it out and redo it, she put him on the counter top. We decided we would take it apart the next day and redo the top and reinstall it. As we were apologizing we began to hear a tap..tap..tap. Cathy continued to talk while we just looked at her son who was holding a fork in his hands and jabbing away at the counter top over and over again. Cathy was not even aware as he continued putting the fork to work, creating marks in the top: dimples! They matched the ones that Cathy had pointed out! 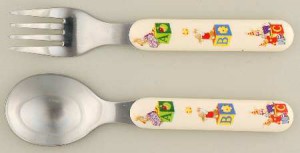 Well we did re-do the top but at a cost, and once again had a happy customer. After all the years and countless times I had not told this story to anyone. Cathy looked at me after I related it and said: “that never happened.” I did not push it but later on I called my ex-partner and told him I had seen her at Alure today. His response: “You mean, the counter top lady?” You can’t make this stuff up! -Mike Kuplicki Click here to read another off-the-wall remodeling story