The 26th Long Island Builders Institute annual home, trade and remodeling exposition was a special event this year as the organization again sponsored a friendly competition among the members of the Long Island business community.

The challenge was to build a playhouse. Sounding simple enough, it was specific to overall size, required a theme evidenced by its attributes and would stand alone meaning no plumbing or electric. The entries would be judged by a panel of 12 children who would be joined by NHL Hall of Famer Clark Gillies, celebrity contractor Stephen Fanuka and celebrity designer Tyler Wisler.

Not one to back away from a challenge, specifically when it enables a company to give back to its community, Alure stepped up to the plate. The theme chosen for today’s active kid community was sports and specifically the ones kids engage right here on the island. A locker room style on the inside provided storage for many of the sports equipment that were featured on the exterior of the playhouse. Each side of the house enabled a different sport to be played ie; basketball, soccer and hockey.

A unique feature of the construction was to give the playhouse an extended longevity in the open outdoors. The exterior facade of the playhouse was covered in vinyl graphics showing many local sports heroes from the hometown teams, Jets, Giants, Islanders, Rangers, Mets, Yankees and of course the Long Island Ducks. Adding interior light, a skylight was included along with battery operated puck lighting and donated materials like an official sports locker, sports equipment and fan gear. Given the variety of color with all of the local sports teams, the playhouse gleamed with excitement.

The competition produced a formidable amount of competition from other Long Island companies; however, the Alure Playhouse took the first place prize and was voted the “Most Kid Friendly.” 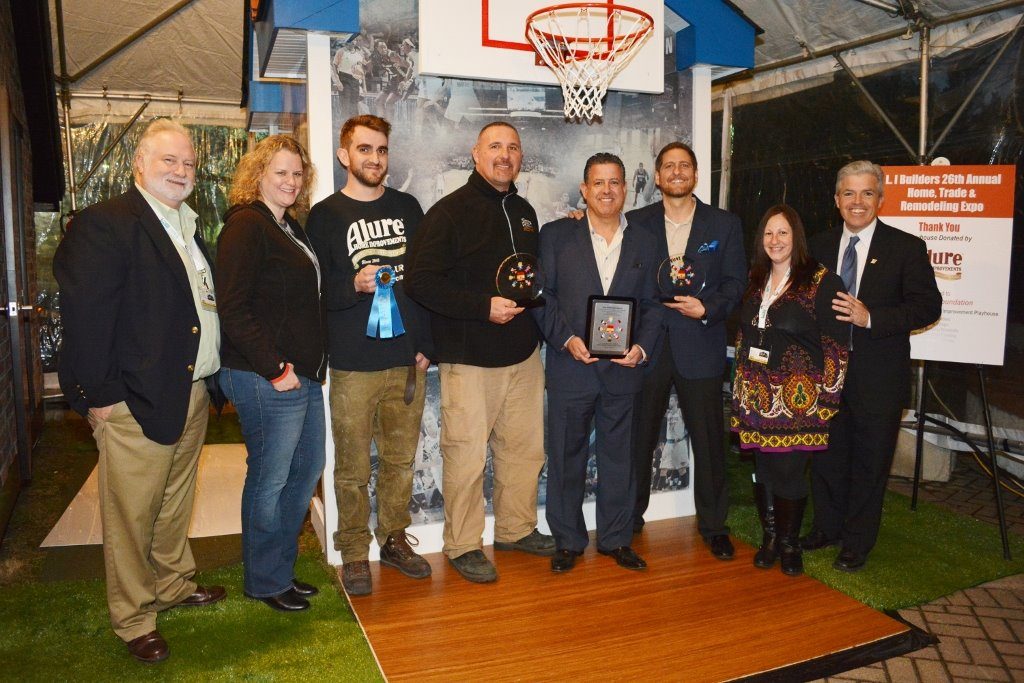 The planning and construction of the Alure sports themed entry was completely managed by volunteer efforts from Alure employees. Those who participated came from all ranks of the company from the CEO, our management team, internal production professionals and from our own staff of warehouse employees. There is nothing like this kind of challenge for the seasoned Alurians whose history spans eight separate episodes of Extreme Makeover: Home Edition. Again with the spirit of giving back, Alure proudly demonstrated it is a company with a heart of gold and was happy to bring a positive effort to their backyard community. The playhouse was donated to the Clark Gillies Foundation who will be raffling it off at their annual golf outing.

Some of the competition included J. Ratto Landscaping who along with All Ways Elevator built a Ghostbusters themed handicap accessible playhouse with toy “proton packs,” decals and a brick veneer to replicate the firehouse headquarters in the movie. They donated their playhouse to the Brookville Center for Children’s Services.

Engel Burman Group raffled off their playhouse at the Expo and gave the proceeds to the charitable arm of the Long Island Builders Institute.

Instead of a traditional playhouse, TRITEC Real Estate Company made a rocket ship jungle gym that they donated to Rocket Ship Park in Port Jefferson.

Alure and their brethren of LIBI members truly represented the spirit of Long Island pride by each ingeniously impacting a group of children with special needs by participating in this competition and providing some deserving children the fruits of their labor. 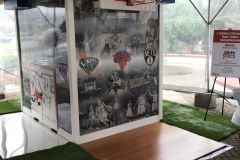 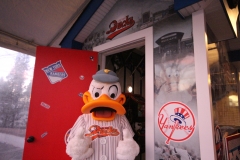 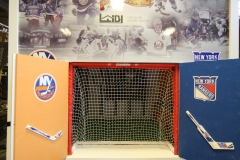 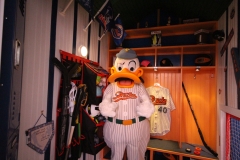 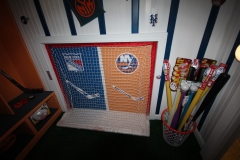 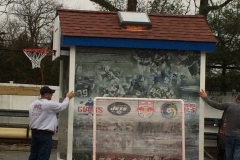