Salvatore Ferro, President, CEO and owner of Alure, started his career with Alure in 1989 as a production manager. 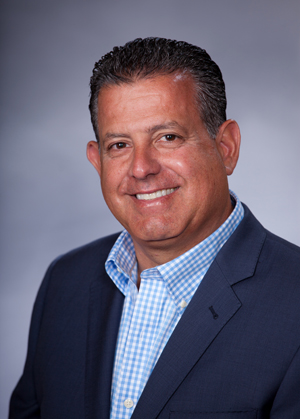 After serving in production, sales, and general management roles, Ferro took on the roles of President & CEO of Alure in 2002. With Ferro’s leadership and remarkable people skills, Alure grew from a small painting contractor to one of the most successful remodeling companies in the country. Ferro believes the key to a successful company is its people and he has worked to promote a team attitude that focuses on an inclusive culture, where employees are encouraged to share input, as well as attend personal development training such as Tony Robbins and Dale Carnegie Seminars. Ferro graduated from Lindenhurst Senior High School in 1981 and then attended SUNY Farmingdale where he graduated in 1984. Ferro spent some time in sales and financial planning before applying his passion for construction in his current career, working at a few different home improvement companies before joining Alure in 1989. He achieved his Certified Remodeler (CR) Certification from the National Association of the Remodeling Industry (NARI) in 1997. He also achieved his Certified Kitchen Designer (CKD) Certification from the National Kitchen and Bath Association (NKBA) in 2002.

Industry professionals not only look to Ferro for advice on ways to improve and develop products in the remodeling industry, but also for how to manage a company and cultivate the right employees to reach the standard of service that Alure Home Improvements has attained. Ferro has appeared on numerous radio shows about home improvements; been featured in print publications such as Newsday, Remodeling Magazine, Building Long Island, Professional Remodeler and Replacement Contractor; spoken at various industry events including NAHB (National Association of Home Builders) and the Replacement Contractors Executive Conference; and hosted a number of renovation episodes on the D-I-Y channel, Bar Rescue and Smart Consumer.  Most notably, Ferro and Alure Home Improvements’ remarkable reputation enabled them to participate in the hit ABC T.V. show Extreme Makeover: Home Edition where they completed eight projects for the show.  Ferro’s leadership, positive attitude, management capabilities, and determination were instrumental to the successful completion of each project.

Ferro, one of the most respected leaders in the home improvement industry, and Alure, one of the most successful remodeling companies in the country, have received numerous accolades for their work.  In 2010, Alure received the “Owens Corning Excellence in Customer Service Award” as well as the “Owens Corning Franchise of the Year Award. Alure was also honored with the “Forbes Business Enterprise Award” in February, 2007. In April 2010, the Long Island Press listed Ferro as one of the “Top 50 Most Influential People on Long Island” and he was subsequently inducted into the Long Island Press Powerlist Hall of Fame. In April 2006 the Long Island Business News listed Alure as one of “Long Island’s Hottest 25 Companies.” Alure has also received the “National Remodeler of the Year Award” from Professional Remodeler Magazine. He was honored by Owens Corning with the Panther Award for outstanding service, leadership and development of the Owens Corning Basement Franchise.  In October 2008, the HIMS group (Home Improvement Management Summit), honored Ferro as an Industry Legend, for his innovation, dedication and leadership, saying that his “creativity, improvisation, risk taking, and willingness to share have set a high standard for those who seek excellence in the Home Improvement Industry”. SUNY Farmingdale honored Ferro, a Farmingdale alumnus, at their annual Business Hall of Fame Gala in November 2008 inducting him into their Business Hall of Fame. In 2008, Ferro was featured on the cover of Replacement Contractor and Remodeling Magazine, and also received one of his most prestigious awards; The Fred Case  Remodeling Entrepreneur of the Year Award. In 2009, Alure was honored with the Best of Long Islands Awards for Best Contractor, by both the Long Island Press and the Long Island Business News, and most recently, was honored by LIBN with an Outstanding CEO award in 2014. Ferro also hosted a weekly radio show, “Home on Long Island”, on WHLI that focused on all facets of home improvements. In 2013, Ferro put on the gloves and boxed in Long Island’s Fight for Charity as the main event (and event he now hosts annually) and in May of 2014, Ferro was honored by the Long Island Association with the Harry Chapin Humanitarian Award for Community Service, and in 2015 voted as Long Islands Most Philanthropic Person by Long Island Press Best of the Best.

Ferro has achieved remarkable success at Alure, by implementing a Raving Fans philosophy that has every single employee feeling as if they are part of the family, and accepting responsibility for exceeding customer’s expectations at every step. Ferro lives in Commack with his 3 children, and his new bride Molly, along with her daughters.

If you want to learn more about Sal and see how he runs his business, check out these videos below. See first hand why Alure is different than any other remodeling company.

Ferro is a very active member in the community who has helped raise thousands of dollars for non-profit organizations. In his ongoing commitment to the community, Ferro is on the Nassau County Dept. of Consumer Affairs Home Industry Advisory Board, the board of The Townwide Fund of Huntington, which raises money for other charities that address issues within the Huntington community; The Clark Gillies Foundation, which helps fund organizations that help children in need; The Interfaith Nutrition Network, which focuses on raising money for homeless shelters and soup kitchens; Community Chest of Long Island, an on-going fund to provide immediate, short-term financial support to needy individuals and families on Long Island to name a few. Alure is also involved with helping many other organizations such as The Boy Scouts, J.E.T.S. of America, March of Dimes, The Salvation Army, FACT (Find A Cure Today). Sal also sits on the board of and is a founding member of Empire National Bank, ACIT (Advancement of Commerce Industry and Technology), is an officer and the current Chairman of the Board of the LIBI (Long Island Builders Institute) the Farmingdale College Foundation, and the Advisory Council of the Suffolk County Boy Scouts.

Alure Home Improvements Home Improvement
“Absolutely thrilled with the work and professionalism of the workers.”
Nadia P. Home Improvement
Alure Online Specials
View A Complete List Of Our Specials
Some restrictions apply, click the button below for more details.
Learn More
Schedule a
Consultation
Alure Design Inspiration
Like what you see?
There's no better time to
Get Started!
Contact Us Today to Create Your