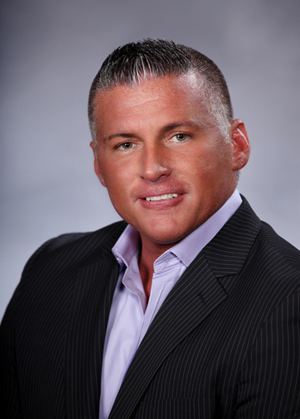 Frank started his career with Alure as a Basement Production Supervisor in 2004.  He quickly rose through the ranks and became the Director for Operations of the Sunroom department in 2006.  Alure saw Frank’s dedication and commitment to our clients as well as the company and he took on the additional role of Director of Operations for the Exterior department in 2010.  In 2012, he added on the departments of Alterations, Basements and Handyman Home Services to his operations role.

Frank is very involved and supportive of a number of charities including The InterFaith Nutrition Network, The Clark Gillies Foundation, J.E.T.S. (Joining Everyone Together To Share) and The Long Island Builders Institute.  When Frank is not working you can find him at the gym, golfing or traveling.  Frank’s favorite place to travel is the Caribbean.

“The greatness of a man is not in how much wealth he acquires, but in his integrity and his ability to affect those around him positively.”  – Bob Marley

What I love about Alure is the family atmosphere.  You have the support of the owner and I also like the fact that there is the ability and availability to grow within the company.

Warning: Use of undefined constant php - assumed 'php' (this will throw an Error in a future version of PHP) in /home/customer/www/alure.com/public_html/wp-content/themes/alure2017/footer.php on line 36